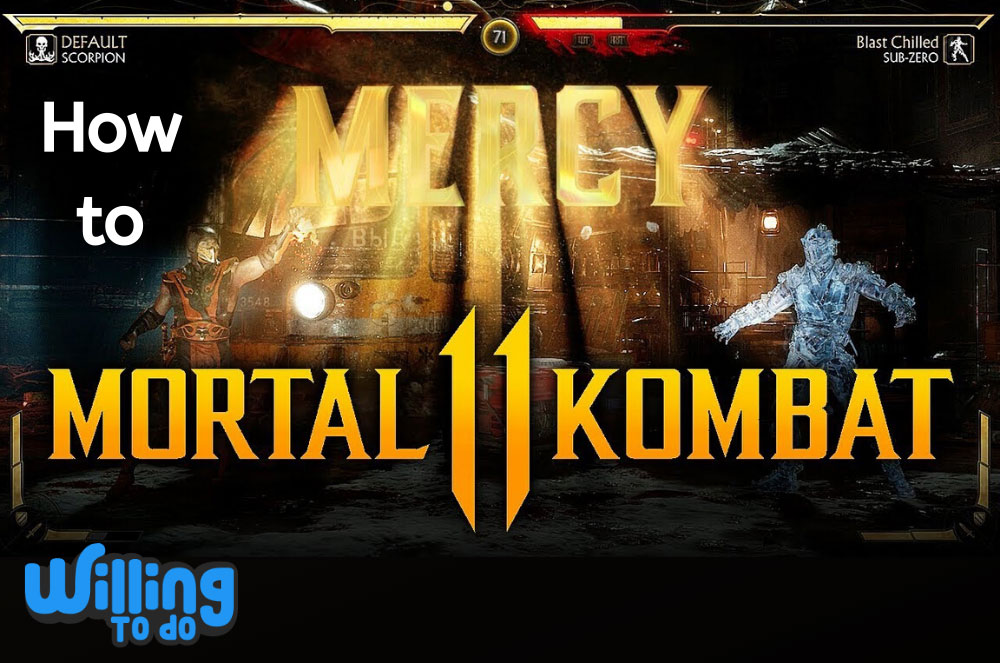 You do mercy because you’re emotionally sympathetic or want to look down on your challenger. In fighting games, how to mercy mk11, mercy is a bloody experience. Netherrealm’s latest version has launched a system where players can pardon the opposite enemy and pin the Mortal Kombat 11 fatality screen to bring them back to life for another fight.

These fatality moves exhibit insane amounts of blood and violence in creative ways that entirely dismember the rival enemy fighter. Undoubtedly this is only for players who are assertive in their abilities or want to show respect to the opponent player after a brilliant bout.

Irrespective of your inherent qualities, we’re going to show you how mercy mk11 destroys your adversary and how to execute a fatality with explicit directives as per your chosen platform.

Mercy merely is just giving another player another chance to win and will provide them with a small amount of health instead of dying. To do mercy, you first want to beat your opponent and get to the fatality screen. Just in case you don’t know, the fatality screen will pop up after you win two rounds; this is where you can do fatality, but now they have added a new mechanic where you can do mercy.

To know how to mercy mk11, all you have to do is hold your button that changes stances and push down three times and not let go of the stance change button. You also need to be at mid-range. A mid-range is a lenient position. As long as you are not across the map from your opponent and not right next to him, you should be good at doing mercy.

Doing this gives your opponent another chance to win and will provide them with a small amount of health, and if you can beat them again, you still perform a fatality or brutality. So again, be at mid-range hold button trigger or L2 or the letter U for PC and then crouch three times and then let go of the trigger or stance change button.

How to mercy mk11 and avoid making common Mistakes

As a beginner, Button mashing is something we cannot avoid when we start a brand-new game. We all do it because it is better than sitting and taking hits. But one should not do it if one wants to improve in the long run because Button mashing creates many bad habits. That’s the beginning for how to mercy mk11.

One simple example is not learning the timing of your buttons. Make a habit of using the only button which you want to. If you wish an unusual move to come out or basic attack combos, make sure you press it once and don’t mash it.  Button mashing will make cancelling combos very difficult. Another issue involving mashing is that there is no strategy.

Mashing randomly fails to consider which attack has been reached. Strategies such as movement, positioning, range, timing, neutral, or footsie game. This strategy is important because things like movement and positioning determine if an attack will reach or not.

A beginner should take a little time to know his attack and special moves and should know exactly why they are moving those attacks. Learn the range, the recovery, and which attack puts you safe and unsafe. In fighting games pressing any button is a risk so learn the skills so that you can improve.

Jumping way too much

Jumping too much is a terrible idea in mortal combat because jumping is a predictable movement that locks you in the preset arc, limits your offensive options, and eliminates your defensive options. To use jumping while learning how to mercy mk11 can be an excellent tool when trying to avoid projectile or trying to make your opponent up or simply because it’s the quickest way to get from point A to point B.

It’s a scenario of high risk and high reward, and we can always jump once in a while.  But newcomers make the mistakes of jumping in all situations, which makes them predictable to punish combos. There should be a valid reason to jump and make sure you are safe while doing it.

How to mercy mk11 offers a lot of tools when fighting against your opponent. The Meter system has changed from the previous MK. For what meter bar system is used, this metering system gives you a clear structure. The horizontal bar is the offensive meter that allows you to extend your combos then we have the vertical bar that will enable you to make defensive plays like get-up roles, air escapes and get-up attacks.

But if you want to improve as a fighting game player-manager, your meter is crucial. Of course, some character requires you to use more meter. But by managing a meter effectively, you will have more of your abilities available to use more often. It’s a common mistake, so be aware not to handle all your resources instantaneously.

Meter management is an essential skill to have because even if you have less health than your opponent, your meter bar will significantly help you gain the upper hand when used effectively.

You are learning multiple characters in a short time. Learning various characters is one of the best ways to expand your knowledge and mechanics of the game. Plus, it is fun exploring new characters. And this is inevitable to learn how to mercy mk11.

Aside from learning new characters, they are also learning the mechanics of the game. Jumping to multiple characters can make you lose focus on what matters first, and that is learning the fundamentals as you’re learning.

I recommend learning one or two characters at the start of the first couple of weeks so that you can learn the INS and out of the game first, and then you could begin learning that other character.

Learning combos only in practice mode

A big misconception in fighting games is that learning combos in practice mode are all you need to be ready to fight against an opponent online. Although practicing combo does help you improve, it’s not the only thing you need to learn.

Learning Combo’s is crucial to winning online matches. But if you don’t know how to apply it, then you just put yourself in a difficult situation. Sometimes it is better to do easy, simple, but effective combos than complex and harder to pull off combos.

Going into training mode is something all players must do and is the only real way to improve. You must use the training mode effectively and use all the resources available. Doing it the right way will help you progress much further and faster. This will make you more transitional in learning how to mercy mk11.

For example, take a little time and learn about your character’s frame data. Learn which attacks put you safe and unsafe, which attack is the best use to punish with, and which attacks are the best footsie tool ever.

Be sure to take a look at the startup frames recovery and block advantage. Now, learning character frame data is not the only thing you must look into, but also learn about character matchups.

Play against a character you struggle with and find ways to counter them or tools that give you an advantage by using all the resources that practice mode is giving you; you’ll notice how much prepared you’ll be at the end.

You need to have tough skin when playing fighting games because losing over and over again is part of the learning process. Fighting games are a lot like playing chess. Figure out what your opponent might do and adapt. The best way to play is to take baby steps, learn the fundamentals and from there, learn a combo and then try to perform it in towers or online.

Finally, I want to mention some other important things to watch out for that could affect your gameplay. Playing too aggressive is a good idea because you want to try to force your opponent to make a mistake. But this could easily backfire on you. You might be making yourself predictable, which then leads you to get punished.

By not using defensive tools and not being able to assess the situation, strategize, and adapt can cost you while remaining calm under pressure can be a huge advantage. Because you have to be focus on how to mercy mk11, so be focused on your target.

If you fail, keep on trying. Keep on doing that. You’ll notice you’ve steadily improved if you’re playing fighting games to win. In every fighting game, there’s a winner and a loser, and your chances are slim as a beginner. To be winning more than losing each match is a learning experience.

If you get frustrated and lose quickly, then you might consider funnelling that energy. It’s a good idea to reflect on your loss and then use practice mode to improve. The most important thing is to have fun playing fighting games. Fighting for the joy, the competition, and not just for winning. 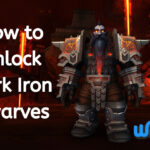 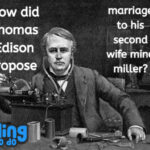