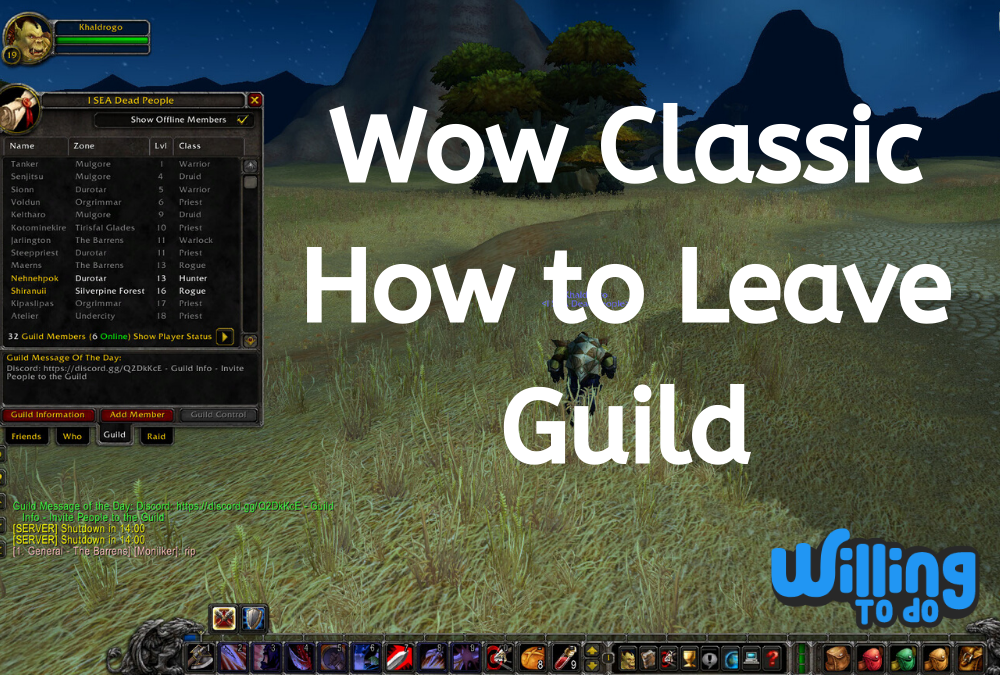 You’ll probably play with unknown players. You might play one game, five games, 10 games, and you might never see them again. But what do you do if you want out of a guild? How do you deal with the wow Classic how to leave guild situation?

In this article, we’ll take a deeper look at how to leave your guild, find out if there is a penalty for leaving, understand how to form a guild, and many more!

How to make a guild

If you’re an ardent follower of online games, then guilds are a familiar term for you. In World of Warcraft: Classic, guilds are a bunch of people who get together to form social links as well as support each other out with various raids and quests.

What you need to be doing is keep adding new people to play with. Eventually, you’ll find a perfect guild of players. That makes sense. Once you find that team that melts together really well.  Take the initiative, and start scheduling times to play together.

The experienced player usually becomes part of a handful of guilds. However, the player who is new to the game, join a guild but later decide to leave. For whatever reason, it’ s normal for players to leave the guild. Maybe the player wants to join another one or to go solo or stay without a guild.

How to make your guild

As against the WoW Classic leave guild function, making a guild in WOW Classic is not that easy.

There are five steps involved

Something vital that you should keep in mind is that the signed Guild Charter is your main backpack when you return to the Guild Master to enlist your guild!

Paying 10 silver for the guild charter is the easy segment of creating a guild in Classic. The hardest part is how to find 10 players who are inclined to sign the Guild Charter for you. You need 10 players, without 10 signatures, you won’t be able to make your guild. Before the start of guild formation process, you should interact with many players to land the sought-after 10 signatures.

Finding the guild masters that register your guild

Orgrimmar – Urtrun Clanbringer located in the Valley of Strength (coordinates: 43.8, 74.6)

Undercity – Christopher Drakul located in the center of the Undercity (coordinates: 69.6, 44.6)

Please just don’t forget that these are the only coordinates to find Guild Masters! You cannot create a guild anywhere else in the game except through these NPCs found in the capital cities.

How to invite others to join your guild?

By hitting on the Add Member button from the Guild, or just by pressing G. Another way is you just type /ginvite “players name” in the chat to invite a certain player. It should be worth mentioning that anyone in a guild cannot invite new members. Just the Guild Master and other high-ranking members, who have permission from the GM can invite players.

Is there a guild leaving penalty?

There’s no penalty for leaving a guild. Losing a reputation in  WoW is the only thing that can happen. The only drawback can be in terms of your relations with other players. Some people might not be very happy about you leaving, particularly if you were a valuable raid member.

WoW classic how to leave guild in wow classic?

Press enter to open the chat option and then write /gquit (in this precise way). Very easy, that’s all you have to do to leave a guild in  WoW Classic

By putting this command prompt into the chat, you will be spontaneously struck from any guild that you are currently linked with. Just be aware, when making an exist in wow classic how to leave guild, a message in yellow is appears in the chat, telling other members that player X has left the guild. It is better to make your departure in the wee hours of the morning or during busy workdays when most players are offline.

And remember that you can only be a member with one guild at a time, you can’t be associated at the same time with several guilds.

Wow classic how to leave guild is an easy process, just write gquit and you are done. But the toughest part is a departure, leaving your co-players with whom you spend hundreds of hours and many weekends. Everyone has a reason to leave but the time spend chatting, raiding, and helping each other in the different quest will linger forever because memories don’t leave as people do. 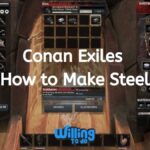