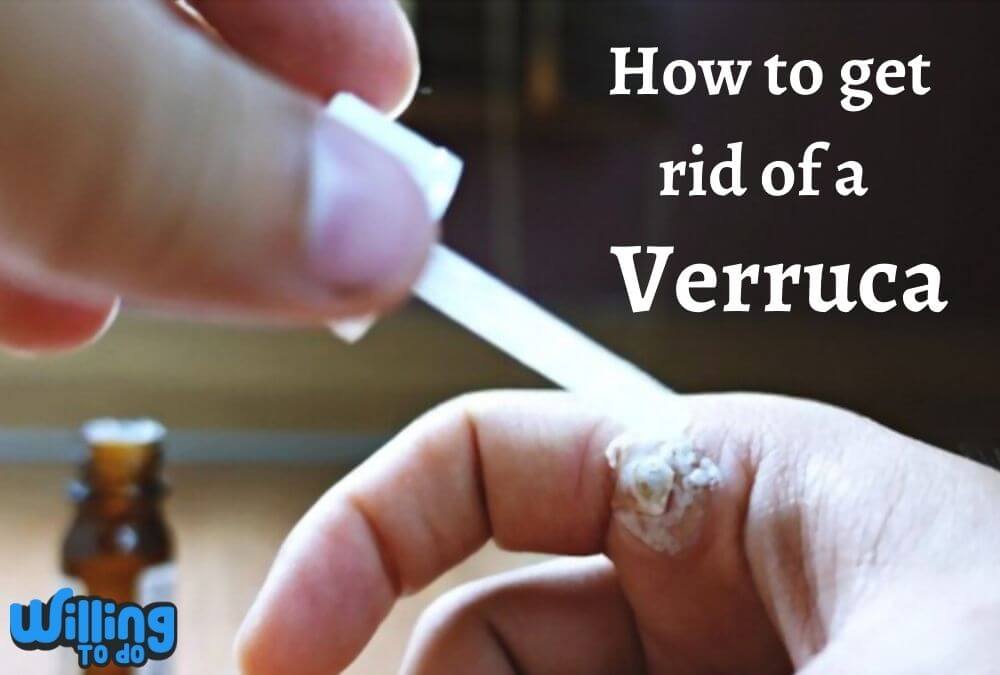 Verrucas are small and contagious lesions on the skin that most people face at some point in their life. They are usually painful lumps or growths that appear mainly on the foot sole and are caused by Human Papillomavirus (HPV). Although they get off the skin with time, before knowing how to get rid of a verruca rapidly, you must be aware of its basic info and root causes. So, keep reading and get the best ways to get off verruca.

Contents hide
1 What’s the etiology of Verrucas?
2 Risk factors of verrucas
3 In which form of verruca appears
4 How to get rid of a Verruca
4.1 Home remedies to remove verrucas
4.1.1 Duct tape occlusion therapy
4.1.2 Treat with banana’ peel
4.1.3 Use garlic clove to remove a verruca
4.2 Special treatments for getting off Verrucas
4.2.1 Cryotherapy to remove a verruca
4.2.2 Treat with Salicylic acid
4.2.3 See a Podiatrist to treat plantar warts
4.2.3.1 Microwave Therapy
4.2.3.2 Laser treatment
4.3 Miscellaneous
5 When to see Doctor /Medical attention to get rid of a verruca
6 FAQs:

What’s the etiology of Verrucas?

The cause of verrucas or plantar warts is HPV. But that’s not a single virus that causes infection, rather there is a group of viruses. And this group is further categorized into 150 types as per their similar sequences.

These plantar warts are generally originated by various strains such as; HPV-1, -2, -7, -57.3. But according to research, most plantar warts are ascribed to HPV-1. Human Papillomavirus is species-specific to human hosts. Therefore, humans are assumed as the primary reservoir of the virus. And the virus is transmitted to humans via contact with HPV particles and thus causes infection.

However, the said virus does not move in the body until it gets a suitable environment in normal conditions. So, when any tiny breakthrough appears on the skin, especially on the foot or hand, then it facilitates HPV to get entered in the skin and cause warts or verrucas.

That’s why you need some precautions and cure in the context of how to get rid of a verruca. Because this infection mostly occurs in the public areas, e.g; swimming pool, and transfer through person to person. Moreover, it can be caused by sharing towels, shoes, and socks.

To find the treating modes on how to get rid of a verruca, first, you have to know about its factors of causing. There are multiple risk factors involved in spreading this infection. And mainly you see in this tabular form as;

In which form of verruca appears

Verruca is a kind of wart that appears as an outgrowth and hardened due to localized as thickened skin. While moving due to friction, it becomes more painful and agonizing. So, it has to identify the forms in which it appears before moving to determine how to get rid of a verruca.

Usually, it has no signs or symptoms. But a painful sensation pinpoints the place of verruca – like standing on a needle. And when it occurs, then it physically appears as;

How to get rid of a Verruca

Generally speaking, verrucas appear so embarrassing and give an odd look. That’s why it has to be treated and you have to enforce on how to get rid of a verruca. Well, usually when your body is recognized and deals with the infection, they will just disappear spontaneously within 2 years, which is two-thirds of the time.

But if you can’t wait for longer, then you may opt for some other remedies and treating methods. So, here you may get all the possible ways for how to get rid of a verruca rapidly. But before going to see the treating strategies for verrucas, keep in your mind some key points;

How old are plantar warts..?

It is quite important to know how old are plantar warts, because if a verruca sustains around six months then it becomes recalcitrant. So, make sure to treat it at its initial stage. Don’t let it be prolonged. As you’ll aware about it you may get a pave the way of how to get rid of a verruca.

Are the persons immunocompromised?

To treat any disease or infection, the patient’s history must be asked first. If the person is already immunocompromised, immunocompetent, or suffers from any medical condition like diabetes, then any sort of medicine or treatment can be risky for him. So, don’t take any action on your own and seek a doctor first.

Whenever you fall into any infection or an allergic reaction, first, you try to cope with the situation on your own. But if a verruca originating by HPV seizes your skin then how to get rid of a verruca will be crucial. So, for this, you may move on with the following strategies… 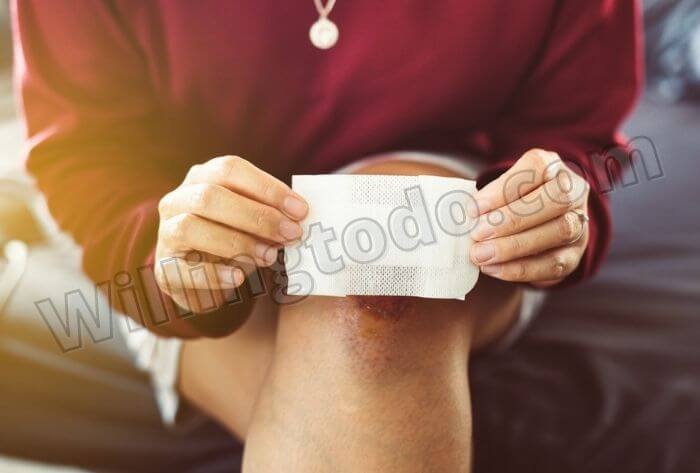 It takes about a couple of weeks to remove a verruca by duct tape occlusion therapy. So, you can move with this way for how to get rid of a verruca. A good sign of using duct tape is that there are very minimal adverse effects associated with it. That’s more advantageous than skin irritation by using glue.

Banana peels are enriched with polyphenols, carotenoids, and many other antioxidants that fight against cancer-causing free radicals or lesions in your body. So, in the case of how to get rid of a verruca, banana’ peel assist more.

You can use banana peel as per the verruca’s size and place it on the verruca. Remember, use plaster to hold the peel firmly on verruca. Continue the process before going to bed for a minimum of two weeks.

Use garlic clove to remove a verruca

Garlic has been assumed to heal many skin conditions. It’s primarily used against different bacterial, fungal, and viral infections. And according to research in 2014, garlic is used for getting rid of warts and verrucas within four weeks.

So, take a garlic clove and put it on the affected area, and leave it by securing it with plaster. Repeat the remedy daily until the results are gotten. Thus you will gain a better understanding of how to get rid of a verruca.

Special treatments for getting off Verrucas

There are several treatments for getting rid of these plantar warts that exist distinctly. But each therapeutic method has varying rates of cure and adverseness. Although, different assumptions are associated with the treatment. However, we have to pursue the niftiest among all. 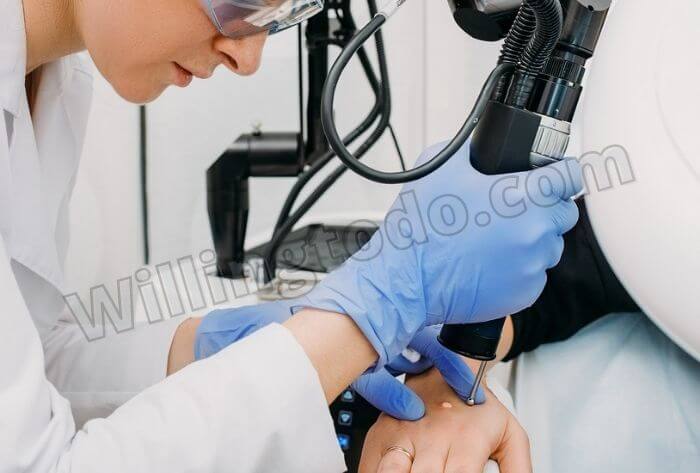 Cryotherapy to remove a verruca

Cryotherapy is a freezing process. It is typically carried out by falling liquid nitrogen on verruca. Thus, infection will be destroyed. It can be the best way in order to find how to get rid of a verruca.

In the case of verruca removal Amersham, cryotherapy is assumed as the best solution. Although it’s an instant way to treat this viral infection, it is somewhat painful as well. Moreover, it is not recommended for young children.

Salicylic acid is available in topical formulations both over the counter and by prescription. It promotes wart retrogradation by chemically debriding the wart of excess keratin and inducing a local inflammatory response. Salicylic acid therapy generally requires weeks to months of daily applications.

When you have tried all tactics regarding how to get rid of a verruca, then you must visit a podiatrist or dermatologist. Podiatrists are actually medical experts that treat specifically feet, ankle, or lower leg disorders.

There are some distinct treating strategies used by podiatrists. Such as; 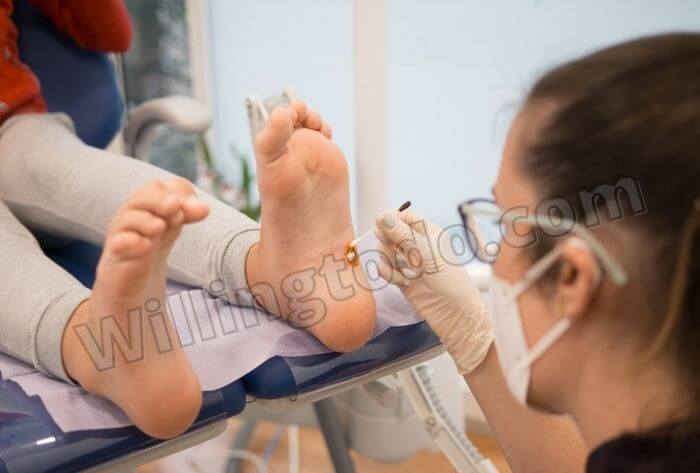 In this therapy, a microwave pulse is passed through the verruca. Then prick the lesion with a needle to stimulate the body’s immune system. So, this can be one of the most useful modes of how to get rid of a verruca.

This is the most specialized way to treat verruca that’s developed by medical professionals and scientists. And a plus point is that it is 75% more successful than other treatments, like cryotherapy and using salicylic acid. It’s also known as SWIFT machine treatment.

When the plantar wart gets old for a few months and has pierced its claws. Then dermatologists recommend laser treatment. But it’s not so fruitful. Because it destroys your wart along with the blood vessel that supplies it. Moreover, laser rays may harm other nearby cells of the skin. And this treatment is painful too. Additionally, in 3 out of 10 cases, verruca may reform after laser treatment. Therefore, doctors recommend other medications as well along with this.

You can also buy creams, gels, medicated plasters, and sprays from pharmacies in the context of how to get rid of a verruca. These treatments can take up to three months to complete.

But they may irritate your skin and do not always work. So, you should not use these treatments on your face or genital area. Just beware of all precautionary measures before taking any medical treatment.

Firstly, you can do anything on your own. If you get nothing, and infection increases day by day, then you seek medical attention to know how to get rid of a verruca. However, some major factors push you to see a doctor, like;

What measures can stop spreading verrucas?

However, a verruca is a viral infection. But you can stop it’s spreading if you contact little with healthy people. Always wash hands after touching verrucas. Change your socks daily. Cover the affected part while swimming. Take care of cuts while shaving.

How do you know when a verruca is dying?

Generally, it’s hard to tell. If you are actively treating verruca, then as it dies it changes its color. Because blood supply cuts off and as a result, verruca turns black. Any sort of such situation indicates you to move for how to get rid of a verruca.

How deep does a verruca go?

Typically, a verruca can grow up to half an inch in diameter. And later on, it can be pushed inward as it bears the weight of your body. As it grows, it ends up with several millimeters of wart pressing into the foot.

Is it okay to have verruca surgery?

Surgery can be done but it’s not recommended as a standard treatment. Because, it might be painful, disruptive to activities, and cause scarring. So, if you want to move on to how to get rid of a verruca, you should go with other solutions than surgery. 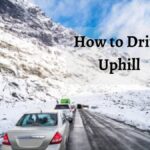 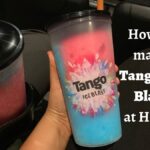