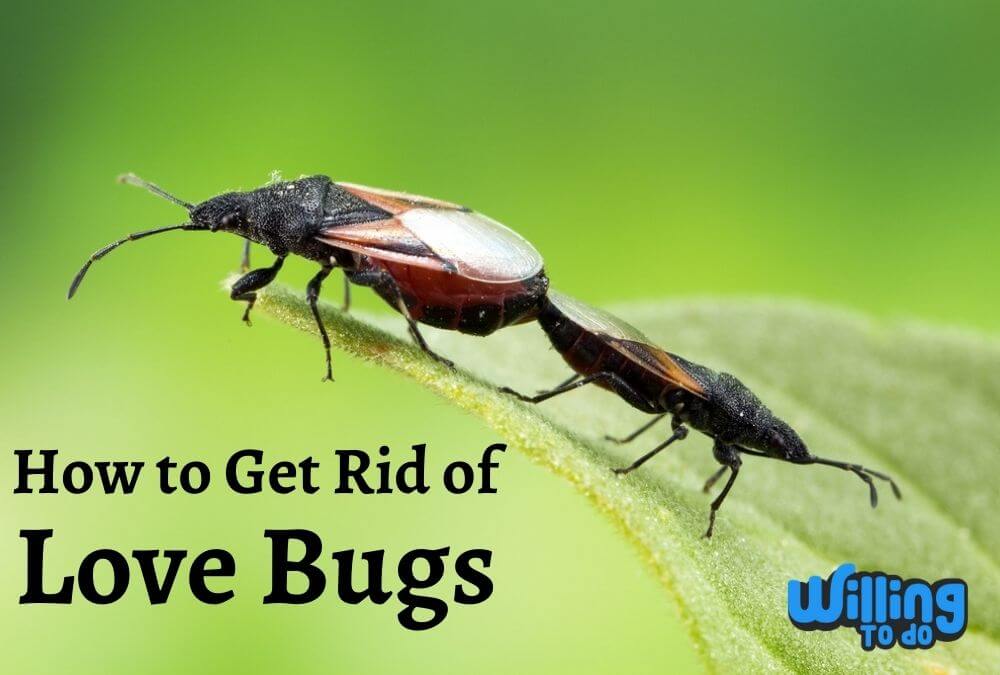 The love bugs are airborne swarms of late spring and late summer. Although the main nuisance of the love bug is neither of its bite nor its sting, it’s slightly acidic body chemistry. In addition to it, these insects irritate those people who annoy them due to their large number. In this piece of writing, we look at some ways that act as a panacea about how to get rid of love bugs.

The Love bug (Plecia nearctica) is a member of the class of the march flies having a small, black velvety body with the slight touch of the red thorax. It is well known as honeymoon flies, telephone bug, or double-headed bug. The insect’s name is self-speaking about its nature of being coupled for many days during and after mating and even during flight. They are enormously found in the Gulf States, especially in the Central and Southeast of United States (common in Alabama, Texas, Florida, Louisiana and Mississippi) in March to April or in September.

To be airborne, the primary habitat of love bug is air. So they move in houses and around the cars, via air. There are significant signs of infestations of these annoying creatures. So, it is essential to take some steps for the prevention of the masses of these insects. Let’s take a keen on them.

Clear out love bugs in the environment

Love bugs are also a significant segment of our natural ecosystem because their larvae brood on small and decaying organic matter that helps to maintain the natural cycle. However, some biological controls seemed like enemies. Like dry weather condition dries out the thatch.

As described before, that larvae brood on decaying organic matter, so if they move to be nourishing on some parasitic fungi, then it may cause an increasing death toll of larvae.

Due to naturally acidic, most insectivores do not oblige to feed on love bugs. However, some arthropods predators like earwigs, a few beetles, centipedes, and spiders devour the bugs. Moreover, a few birds like quail and robins eat love bugs in both juvenile and adult form.

When we talked about the house as living in the Gulf States, then automatically a question raised in our mind that how to get rid of love bugs, so follow these tips to get its answer:

The first entrance path of love bugs to the house is a lawn that helps the insects brood. So, make sure that your yard should be well-mowed.

As these insects feed on the dead matter, then it has to be needed that your lawn must be cleaned by any leaves, cut grass or bushes.

Minimum water the lawn because ladybugs are likely to lay eggs on a sticky surface.

Park your vehicles away from the lawn because of the fumes exhausted by the vehicle engine attracted by insects.

Make sure the entry sides, doors and windows of the house remained slam maximally. 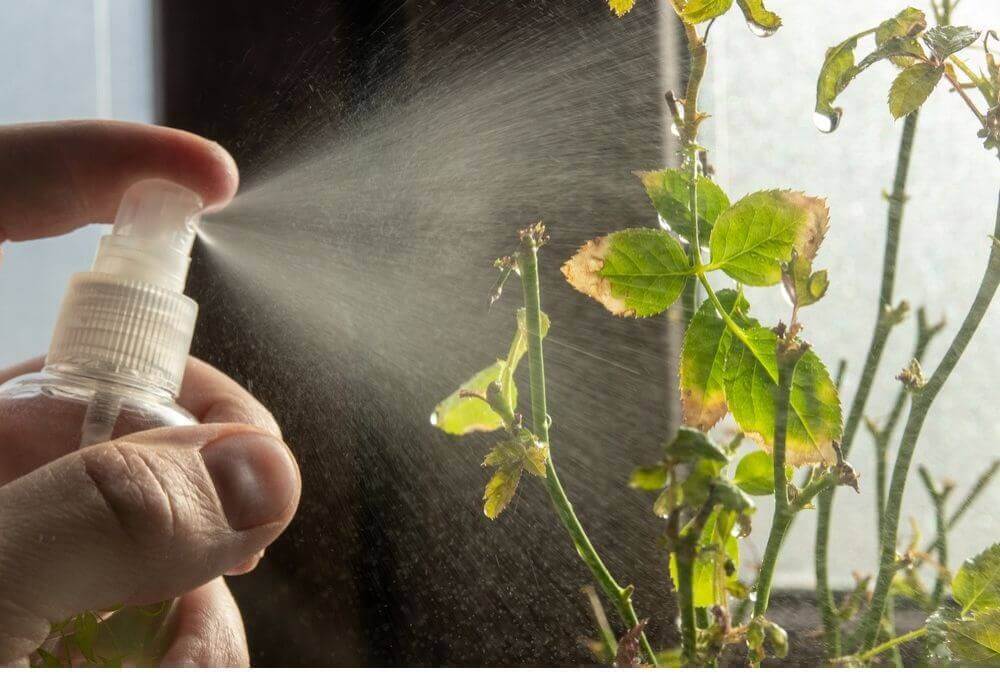 Insects are naturally attracted to bright colours, so avoid using bright colour paint on the walls and choose a dark colour.

If you are a painter by professional, try to cease painting in the swarm season because the smell of fresh paints catches the attention of love bugs.

Turn on the ceiling fan with high speed also an ideal option to make the land uncomfortable for insects.

An insect repellent lotion can be used on the aerial parts of your body to be protected by insects.

In this respect, mosquito killing mats or coils may also be a helpful gadget.

Use insect-catching nets, like basket nets, bug-zapper, or sticky insect trappers, to grab the bugs.

In addition to it, use a vacuum cleaner to make your house as clean as insect-free.

How to get rid of love bugs with home-made insect-resistant spray; is so simple to make at home by following the steps;

2-3 tbsp of any citrus-scented (orange, lemon or lime) soap solution,

Then make a homogeneous solution of all of these and pour them in a spray container. Spray the solution in different areas, especially on plants, doors and windows, to get rid of the love bugs.

Elimination of love bugs around the Automobiles

How to get rid of love bugs around the cars and other automobiles must be noticed as well: 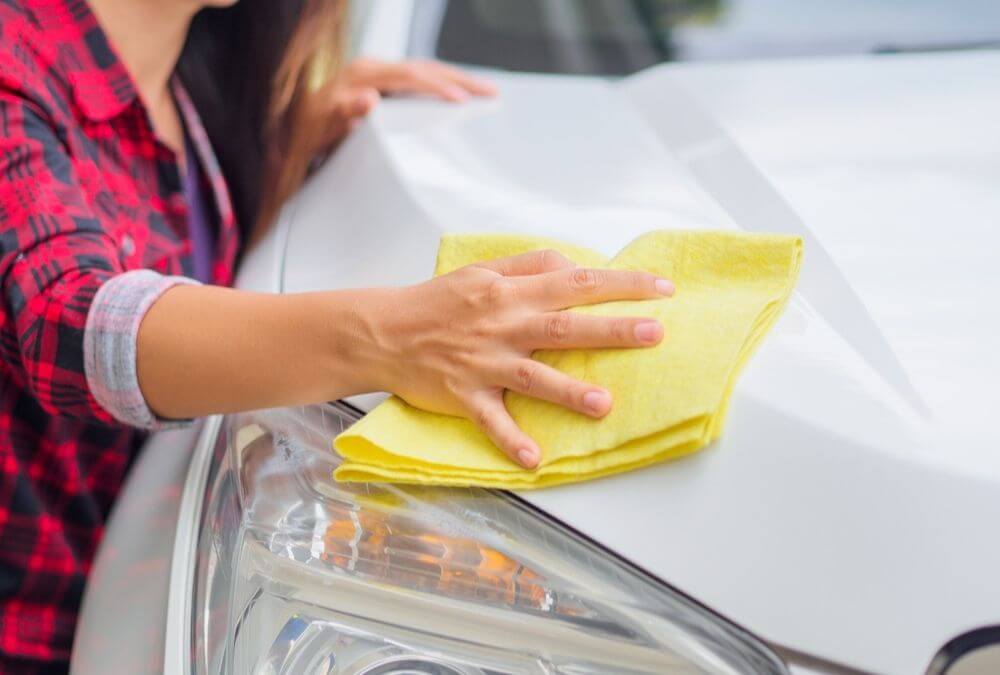 Keep in mind that your car will be dark-coloured because love bugs mould to the bright colours.

Wax your cars because it is arduous for insects to hold on the sticky surface.

You can use any baby oil to wipe out the bugs easily if they rush on the car.

Keep your driving speed as slow as there will be a minimum chance for bugs to hold on to the hood and glass of your vehicle.

Here another effective option to scrubbing your car with degreasers, e.g., SONAX Engine cleaner, WD-40 to make your car bug-free.

Since love bugs are airborne, they may be found on many highways; they often die on automobile windshields, hoods, and radiator grills when the vehicles travel at high speeds. If they remain almost one to two hours, they become dried, and you may face troubles removing them out. So try to clean your vehicles as soon as possible. 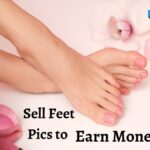