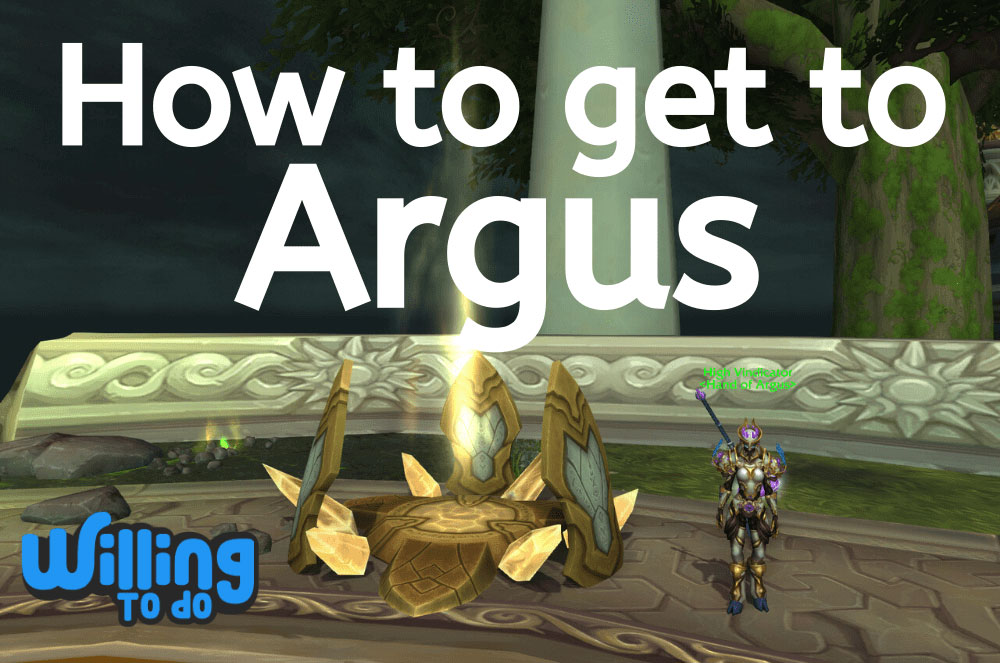 Argus is the novel homeworld of the eredar, once labelled as an idealistic world whose denizens were both very clever and greatly talented in magic. All the spearheads planned a strategy on how to get to Argus. It is overtaken by satanic, frenzied energies, and has become the stranglehold of the Burning Legion and is described as Legion’s homeworld.

Patch 7.3 is the largest content patch ever launched to the game. The Heroes of Azeroth will journey to Argus to destroy Legion for good. From a game rules point of view, the new planet includes three zones, and their content is unlocked as you complete the storyline.

How to Get to Argus

For the up-to-date information about Patch 7.3 search into Argus hub. Move down and see how to get to Argus.

Before we move on, it’s vital to talk about the Vindicaar. When we talk about how to get to Argus, Vindicaar played an enormous role. It serves up for transport for both factions, and it’s imperative to know what you can discover aboard the ship. Each zone will have a discrete Vindicaar, and it looks like we will be using it much in Antorus the Burning Throne raid to journey to the Seat of the Pantheon to battle Argus the Unmaker and confined Sargeras.

Below is a picture of the Vindicaar map. Vital pursuit givers and turn-ins are marked with a yellow question or exclamation marks on the map.

The Steering Console is at 42, 22. You right-click it and pick a Lightforged Beacon to teleport.

This is how Krasus Landing in Dalaran looks like if you made sure to open the Light forged Beacon to the Vindicaar yet. The gateway will appear to the left side of the High Vindicator when it becomes accessible.

Once you arrive in Krokuun a gateway will open that can always be accessed. If you need to get to Dalaran, the Vindicaar gateway is at 40, 33.

In this segment, you will find out everything about how to get to Argus and unlock the operation.

The first pursuit is an auto-accept, which indicates it will automatically show in your pursuit log wherever you are. The Alliance has a separate intro from the Horde, but after voyaging to Argus, both factions will be fulfilling the same pursuits.

The Hand of Fate (Alliance)

As an Alliance contender, take the Dalaran gateway to Stormwind and move to Stormwind Harbor to speak to Vereesa Windrunner (21, 30) and leave the pursuit. This will pave the way for how to get to Argus.

Take on the new quest and speak to Vereesa Windrunner. She will have a dialogue choice to set sail for Exodar.

The Hand of Fate (Horde)

As a Horde contender, take the Dalaran gateway to Orgrimmar and move to Bladefist Inlet in Durotar to speak to Lady Liadrin on the Sunstrider (58, 12) and leave the pursuit.

You came to know that the Draenei designed a vessel to take you to Argus safely. Its name is Vindicaar, your crucial transportation hub on Argus. Take the pursuit of Lady Liadrin and prepare to sail for Exodar. Leave the quest by speaking to Vindicator Boros on Azuremyst Isle (21, 55) after you arrive. Take the next pursuit from him.

Aethas Sunreaver: I see the Alliance responded to the call as well.

Continuance for Both Factions

At this moment, you will see the Horde ship just opposite yours, and the pursuits will be alike. Turn left and take down the pathway going to Exodar and Prophet Velen merely by trailing Vindicator Boros and the rest of the crew (Vereesa & Arathor).

Boros says you to go to Exodar, and there Velen and other Draenei assembled in the Vault of Lights. Turn left and tracked him and the rest (Aethas and Liadrin) down the road to Exodar. Once you arrive at Exodar, your advance speed will increase by 60% (Light of the Chosen), and Prophet Velen will talk to you.

Vindicator Boros: Come. I will take you to the Vault of Lights. The others expect our arrival.

Vindicator Boros: Argus is our inherited home. We will not allow it in the Legion’s hands anymore.

Prophet Velen: We will protect our world and put an end to the Burning Legion.. once and forever.

When you zone in, you will see both Alliance & Horde heads and Illidan talking to Velen.

Illidan Stormrage: The Legion grows anxious. We should attack now while their attention remains fixed on Azeroth.

Prophet Velen: You are right, Illidan. This may be our best opening to gain an advantage.

Talk to Velen to end the pursuit. The closing niche of how to get to Argus.

Assent the pursuit from Velen and embark on the Vindicaar that’s now ready for your assault. You must launch a beacon to transport you to the vessel.

Prophet Velen: Give me your strength, champion. We will fight all the way together.

Right-click the Light Crystal to trigger it. Then, you will be routing another spell for 15 seconds until a Lightforged Beacon will show letting you board the Vindicaar that is going to travel to Argus for the first time.

Prophet Velen: The Exodar has been crippled long ago by the bang that brought us to this world many years ago.

Prophet Velen: Every passing moment, every means, has gone toward the birth of a new vessel. Our instrument of vengeance.

Conversation upon embarking on the Vindicaar:

Lothraxion: My fellow brethren in the Army of the Light are awaiting our arrival. Only as one will we achieve victory.

Prophet Velen: The Light will show us to them. Romulo, begin the last preparations and make sure our forces are all accounted for. It is time.

Hands in the quest to Prophet Velen. (35, 45 aboard the Vindicaar on Azuremyst Isle).

Into the Darkness of Night

Argus anticipates, taking the quest from Prophet Velen to travel to Argus on board the Vindicaar.

Prophet Velen: Inform me when you are ready to leave.

Talk to Prophet Velen and click on “I am ready.” to travel to Argus.

A clip will play after you find yourself on Argus.

Dialogue after you arrive at Argus aboard the Vindicaar

Illidan Stormrage: Their next blast will destroy us– if not we strike first.

Prophet Velen: We must wipe out the weapon while it is still refreshing energy! Romulus, position a bunker below!

Leave the pursuit at Prophet Velen and take on the next one.

Alone in the Abyss

Prophet Velen has an additional pursuit for you. Speak to Romulus to get off the Vindicaar that has to deliberately do for determining how to get to Argus.

Prophet Velen: Romulus, send our frontline to establish a front.

Prophet Velen: Champion, we will prevail together once you are ready.

Talk to Romulo and select the option: “Take me to the top.”

Dialogue after you descend:

Illidan Stormrage: Come, let us show Sargeras’ type what catastrophe they have brought upon themselves.

Exodar Vindicator: Our home, is destroyed.

Prophet Velen: Be strong. Hold your ground! We must defend the Vindicaar with our lives!

Three new pursuits will become accessible concurrently. Virtuous Anger from Velen and a devastating power from Illidan, both can be located at 60, 79 in Krokuun (Argus). If you step down the path, Should you choose to go back to the Vindicaar, you will find a gateway at 63, 81 in Krokuun (Argus) that will escort you back to the vessel. 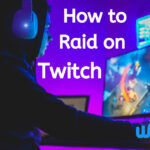 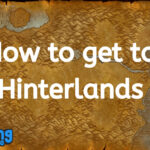