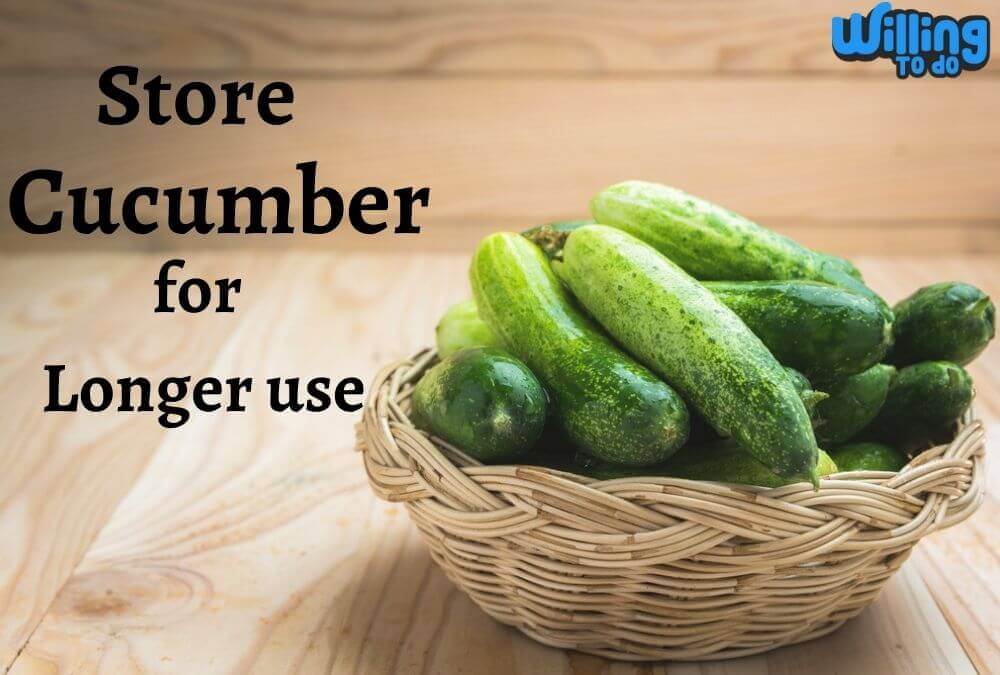 Whether you are vegetarian or not..? But the cucumber seems more likely to be a part of most people in their daily routine meals, as it is water-enriched. Because various health benefits are associated with cucumber, then it should be easy to store. So that its freshness and the crunch texture would remain as it is. But how to store cucumber for longer use is not a difficult task. Do you want to understand this? Then you have to keep reading till last. You will get the best ideas to store cucumber.

Why it’s important to store Cucumber?

The first thing you need to understand that why you have to store cucumber… Each edible item has its specific pH. If its pH alters due to some reasons, then its flavor, texture, and freshness will come to end.

In the same way, cucumber has a specific pH (5.1-5.7). It shows its alkaline nature. If it is not stored well, its pH can change, and lose its integrity. It can spoil and would not be able for longer use.

Temperature is the most important factor to store any goods. So, cucumbers should be stored at a reasonable temperature. If it does not happen, then it releases ethylene gas that may cause the spoiling of cucumber. So, store cucumber by keeping in your mind its various risks.

How to store Cucumber for longer use?

There are more than one ways that provide you with the best solutions for how to store cucumber for longer use. But some of the best methods are going to describe here. Let’s cast a glance on them.

Although refrigerator is assumed as the best storing agent for all edible goods, if you put cucumbers directly in the refrigerator, then they may lose their delicacy and strength. So, you have to avoid keeping cucumbers in the fridge as such.

But a wondered thing is that you can store cucumber in the refrigerator with certain conditions. So, here I will tell you that how to keep cucumbers in refrigerators for long-term use. 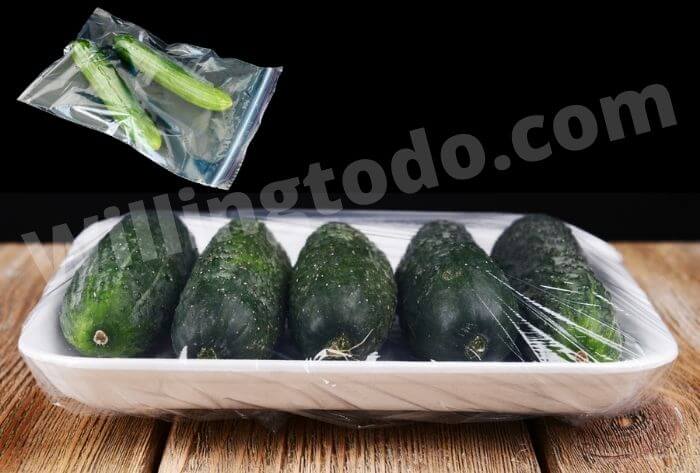 Just remember! Keep cucumber cold but not too cold

An important thing you must follow, that to store cucumber in the refrigerator always use plastic bags or plastic wraps. Because cucumber is sensitive to ethylene gas. So, plastic wrapping protects the cucumbers from ethylene gas that is usually produced by cucumbers and some ripened fruits as well such as; melon, banana, and tomatoes…

Another simple way to store cucumber in the fridge is; 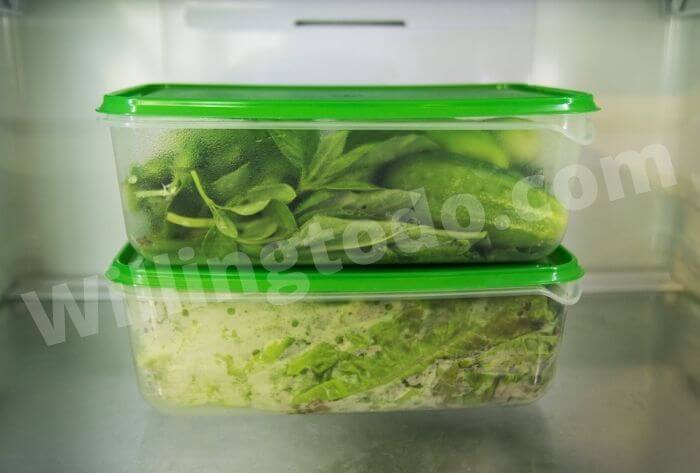 Being a cold veggie, cucumber is mostly used in salads. So to make it as fresh as naturally, try to store it properly. As discussed before, some modes to refrigerate the cucumbers. But now I am going to share with you that how to store cucumber for longer use by freezing.

No doubt, by freezing cucumbers lose the taste that actually they have. But the interesting thing is that you can use the frozen cucumbers in making smoothies and for cocktails as well. So, don’t bother with their freezing. 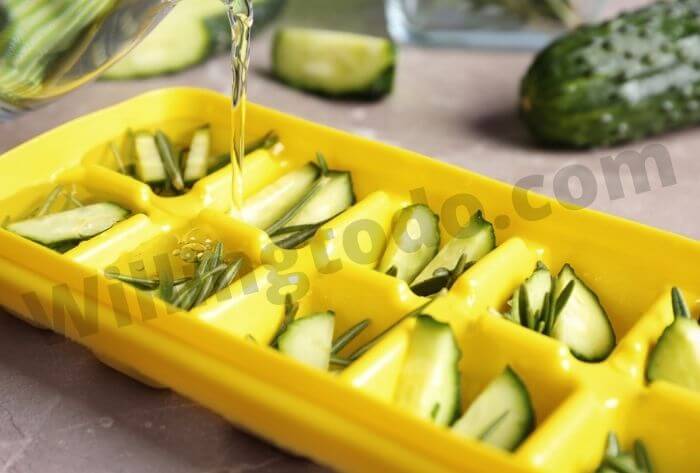 Freeze cucumber on a Baking tray

For this, take cucumbers and spear them. Transfer these spears to the baking tray that must be having parchment paper or butter paper, and allow them to freeze until they are fully settled. After that transfer them into a freezer-lock bag. Then you may store them for a few months.

Undoubtedly, cucumber can be remained fresh for some hours even at room temperature. If you have to use them on the same day on which they have bought. But for long-term storage, they have to move to any cooling agent. 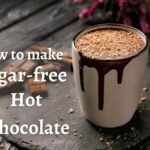 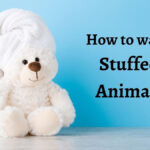