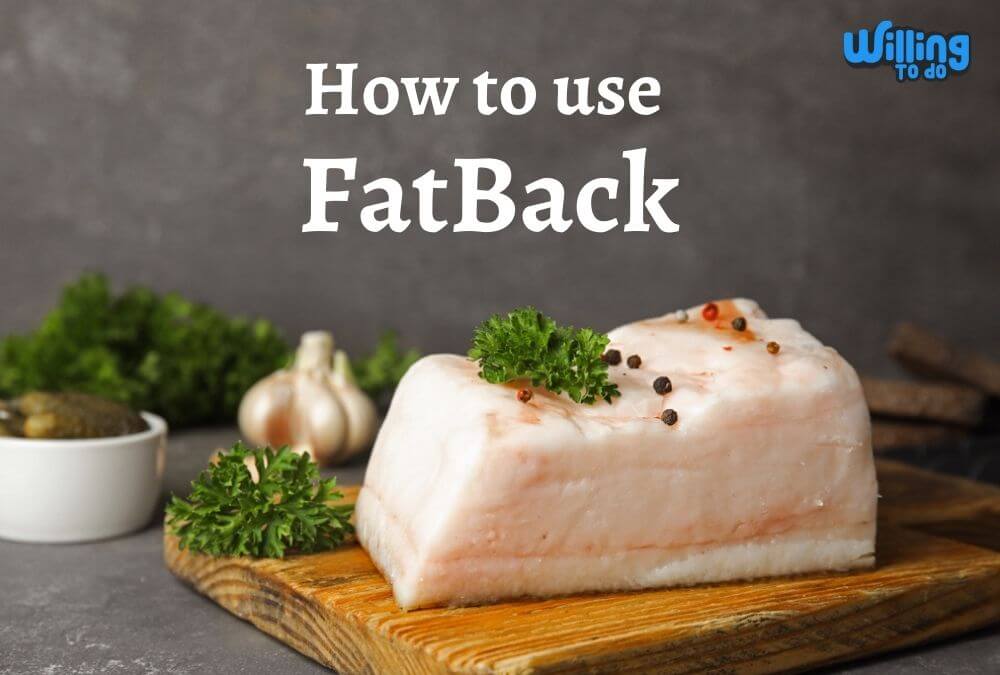 Have you heard about the various privileges of fats? You will be wondering to see when you figure it out. The most auspicious source is the fatback in this respect. Fatback is a hard fat from the back of a hog carcass and can be used in different ways. Although it is not considered so fascinating but has a delicate taste as its own. And it considers as the flavor savor item for various dishes. But how to use fatback for various servings is a point to ponder. This mystery is going to be solved here.

Contents hide
1 Do you know about Fatback?
2 How to use Fatback for various servings
2.1 Fatback Bacon
2.2 Sausages with hog fat
2.3 Pig fat used in other Snacks
2.4 Fatback in Charcuterie
2.5 Use fatback into leaner and low-fat meat
2.6 Fatback in Veggies
2.7 Fatback Crackles
2.8 Lard – used as a component of cooking
3 Various forms of fatback
4 Nutritional info about Fatback

Do you know about Fatback?

Before moving to determine how to use fatback, first, you have to know something about it. Fatback is actually a strip of unrendered fat found at either side of the vertebrae of the mature domestic pig (or bear). It is usually cured by drying and salting. Since colonial times, it has been a staple ingredient in North Carolina and southern cooking. It is also believed to have value as a folk medicine, sore throats, curling boils, and removing warts.

How to use fatback is somewhat crucial. Because fatback is a hard fat that is distinct from visceral fat found in the abdominal region of the pork, which is actually a soft layer of fat. Because pigs do not use their back muscles as much as others, thus this part is usually dense with subcutaneous fat. More fat means less meat, so it is very affordable for anyone.

Being an unrendered form of fat, backfat is chopped finely and slowly rendered as you are cooking with it. In the seasoning of various savory dishes such as roasted veggies, potato dishes, meats, and rice, fatback has been proved as a more astonished component that enhances the taste and texture.

It assumes as a key ingredient in diced and coarsely grounded form to prepare various sausages, pâté, charcuterie, etc… to give them a great juicy flavor. As it slowly cooks in the pan it gives you two different products: lard and cracklings. The lard acts as the oil for your cooking and the cracklings give a great flavor and texture to your dish.

How to use Fatback for various servings

You do not need to overthink how to use fatback in different modes because mostly are given here.

Fatback is processed into slab bacon by different methods. Usually, bacon injects with a brine curing solution at the commercial level. But it is not so common for Fatback Bacon. That is mainly cured with an age-old dry cure method that removes moisture slowly and simultaneously immerses them with great flavor. 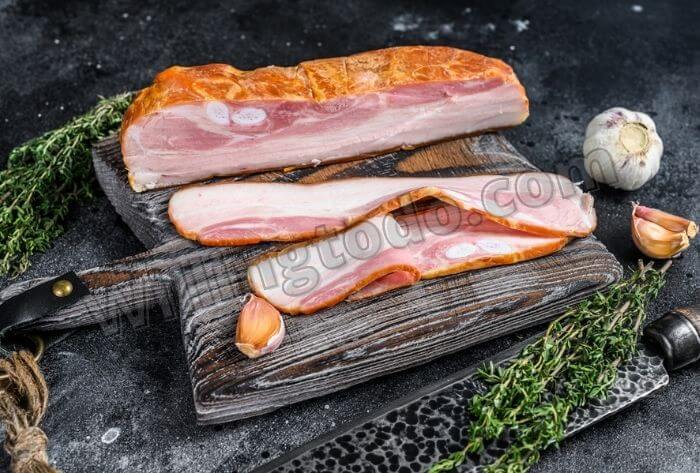 To cure fatback bacon by dry-cured method, make a natural blend of salt, brown sugar, and a touch of red pepper for seasoning. After that, leave the seasoned fatback bacon for seven days for curing to permeate the bacon, as the curing process is done, smoke the bacon with real hickory wood. Avoid using any liquid smoke!

Additionally, fatback bacon can also be cured by dry curing, boiling, or smoking and that’s assumed as the best way to opt for how to use fatback. During these various modes, skin is generally left as rendered form. With no skeletal muscle, this fatback bacon is assured of having a more delicate taste.

When we talk about sausages, then it means a juicy and tendered flavor must come along these. In this respect, fat assists more to make the sausages more mellowed. This is another great way to determine how to use fatback.

Pork fatback proves the best constituent to give great juicy flavor to the sausages. For this purpose, fat must be properly emulsified. While going to make sausages, if you take meat around 5 pounds, then fatback must be at least half of pound. You can also adjust the proportion of 80% meat and 20% fat which is required to get flavorful sausages.

Pig fat used in other Snacks

Are you a fast-food lover? So you have to be craved various snacks. Hamburgers, meatballs, meatloaf, pâté, etc… are well-known snacks that are bound with tenderness. To give them more flavor this hog fat is assumed as a secret ingredient. It can also be added as sandwich dressing. Nothing will be an incredible way than this to learn how to use fatback. 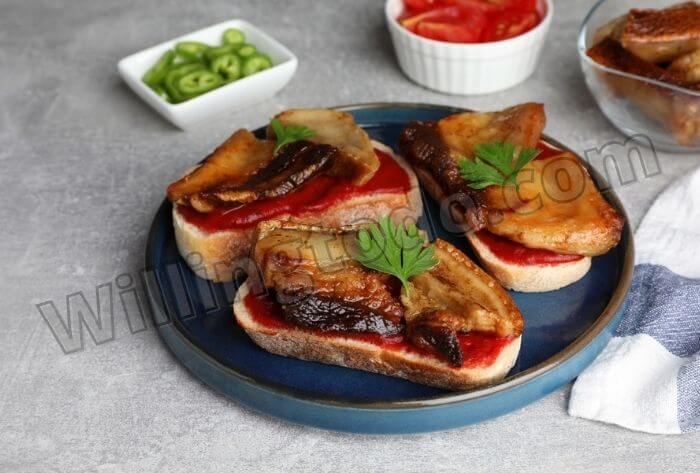 Fats are usually in saturated form means solid at room temperature. So fatback, being a solid and hard fat, can be cut and chopped easily to make it possible for immediate use. It can be stored by putting in an air-tight or zip-log bag for freeze up to six months.

Many snacks are made of grounded meat. Pork fat is added to the grounded meat to give a smooth texture with enough moisture. To get the best result, keep the fat in the freezer for 10-15 min before use. After that rinse the fat with tap water and add it to your desired dish by diced or sliced. So are you ready to make your snacks more juicy and flavorful?

Fatback is a key element for traditional charcuterie. It can be assumed as the best option for how to use fatback. The best tender taste and rich flavor of charcuterie with pork fat are more common throughout Southern and Eastern Europe.

Mortadella and cured salami are some popular charcuteries but have somewhat different. Mortadella is simply made by pressing and grinding pork meat. Then add white chunks of fatback and pistachios with meat. Then stuffed it into a large casing and steamed it. After cooling down, the clear white spots of fat appear in the pale pink meat. On the other hand, salami is an Italian dish made of chopped pork with garlic and served in slice form. As salami is cured by hog fat, it tends to become a delicious juicy food.

Use fatback into leaner and low-fat meat

Pork back fat comes into use in the leaner and thin layers of meat in the form of strips. In this way, we can say that fatback considers as a cooking medium, especially for meat. Strips of fat can be inserted into leaner meats to make them moister and tastier.

Certain types or cuts of meat, such as venison, turkey breast, pork loin, etc… contain less fatty constituents. Less fat means less juiciness that is an integral part to make the meat tendered. So fatback helps in this regard. A slab of pig fat is a good addition to the various low-fat meat strips to enhance their flavor and consistency. Now how to use fatback has not been a vague inquiry.

Although fatback makes the meat more delicate and juicy, conversely, it gives an extra flavor to different veggies as well. Moreover, it is the best way in the context of how to use fatback. Black-eyed peas, beans, collard greens, stews, new potatoes, turnip, fried corn, and some other vegetables may gain extra flavor by just giving an additional fatback. All of these come in the context of soul food.

In the U.S South, Soul food has been much popular cuisine after ended slavery by President Abraham Lincoln. The lavish use of fatback in soul food continues due to inexpensiveness and an easy way to determine how to use fatback. 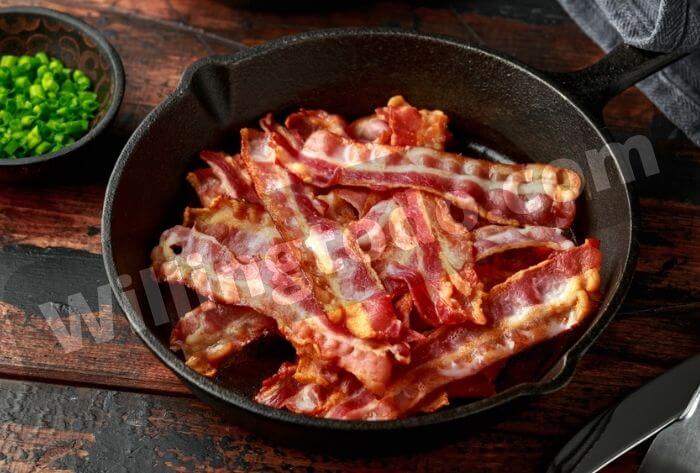 Fatback cracklins are actual pork skin with fat and an ideal option regarding how to use fatback. They are so hard that give an extra crunchier and crispy texture than pork rinds.

Some cooks cut the fat into strips and fry them, creating cracklings. Fatback crackles are amazing snacks with optimistic flavor. It typically fries in a skillet but baked in the oven is another option to render the fat and give a crisp flavor. Moreover, it proves a tremendous flavoring with original Asian-Cajun seasoning.

Lard – used as a component of cooking

Rendered fat or lard is mainly a cooking fat and a big source to know how to use fatback. It can be used as a spread that means a good alternate of butter due to solid at room temperature. It can replace the butter for spreading but cannot be used in pastry dough for delicacy due to its meaty aroma.

Rendered fat is the best option for frying and sautéing as well. Due to having a high burning point, lard can also be used with chicken breast, pork medallions, or veal scaloppine as an alternative to sautéing.

Rendered fat is also very useful to make various forms of sauces that give the best combo with eggs and steaks. So, nothing will be the best form regarding how to use fatback than lard. Popcorns taste better with a delicate sriracha sauce. To make a perfect mix with the sriracha sauce, lard can boost the flavor of popcorns.

How to use fatback has now been documented by various diversifying modes of cooking. But fatback is itself much diversified. Such as;

Except for all the above, many other alternatives assume for how to use fatback, like; salty bacon, (dry) salt meat, seasoning meat, side meat, and middling meat.

Hopefully, you have come to know how to use fatback for various servings. Its nutritional facts give you a better idea to pick and choose the best form of this fat as per your health quality. Although fatback gives your meal sound appealing but be careful to use it if you suffer from severe cardiovascular disease, high cholesterol level, or any serious heart disorder. 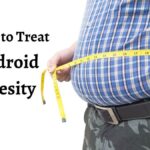 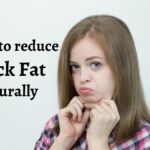